Yes, I know, this is gratuitously cheesy but so was what Trump administration announced today!

So bizarre watching Wilbur Ross, today, giving a press conference as if any of this were normal( #ThisIsNotNormal). Ross is dishing on the tariffs on Canada Trump just implemented. Who does that? Who puts tariffs lumber from Canada? Trade wars with our neighbors to the north as well as the south. Get ready to pay double maybe triple for everything. Also, he’s fighting with Canada over a DAIRY dispute. The most pressing issue of our times. I’m lactose intolerant so I say let Canada have that poison! But, jeez, talk about crying over spilled milk(pun intended)!

I won’t insult you with the details of Trump’s latest tirade. Needless to say, Trump is no doubt reading the Dictator For Dummies Handbook(props to Christian Bale) because he’s doing “presidenting” ALL wrong!

But what makes Ross’ appearance so bizarre is that he was VP of the bank in Cyprus that laundered money for Russian mob(and most probably Trump). This is freaking mind numbing how blatantly corrupt this entire administration is. And how the media is so desperately trying to normalize mob, mafia behavior. #Resist

Ladies and gents, I end my blog with another gratuitous pic of Justin Trudeau: 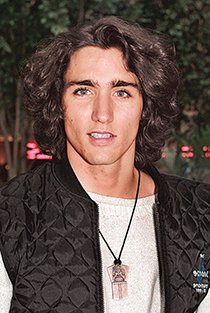