But wait until they get to Carter Page and here the tape where Trump assured Putin he would lift sanctions if he hacked our election. Quid pro quo treason!
And it’s this easy:
https://twitter.com/mikefarb1/status/855946896518598657

One question remains: Who will Flynn flip? Will he bring the goods or will he fall on his sword for this corrupt president? The Whitehouse at this time is obstructing by not turning over any evidence regarding Flynn’s Foreign Agent application or any vetting regarding his NSA position with Trump administration. This doesn’t bode well for Pence who’s been publicly lying since last January that he had no idea Flynn was essentially a double agent.  Rep. Elijah Cummings sent a letter advising Pence of this on November 18, 2017: 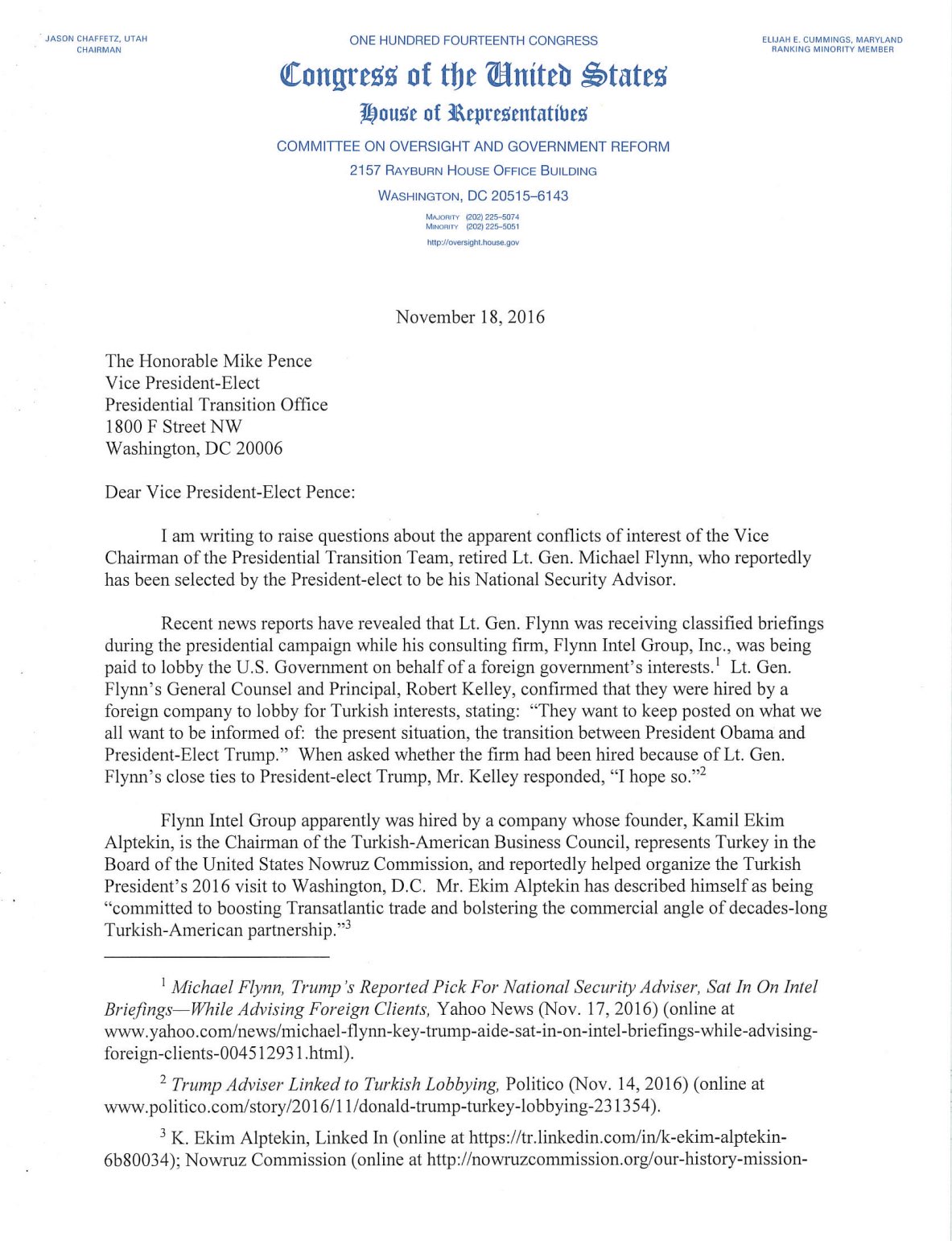 Now VP Pence thinks he has escaped any scrutiny with that “Aw shucks, he lied to me. I didn’t know a thing until now!” The problem is he would have known if, as Transition Team Leader, he had done the slightest vetting of Gen. Flynn. The merest due diligence would have brought this glaring fact to light. But, Pence was counting on plausible deniability.

Flynn was done months ago. He was good as convicted with the mountain of evidence of his being a double agent. But, Pence looked like he could have escaped any repercussions.  Alas, thinking minds remember the letter and connected the dots and come to the conclusion that Pence is in as deep as all the rest of the Trump cabal.

Very bad day for Flynn but an even worst day for the second in line of succession.  Next, Ryan!